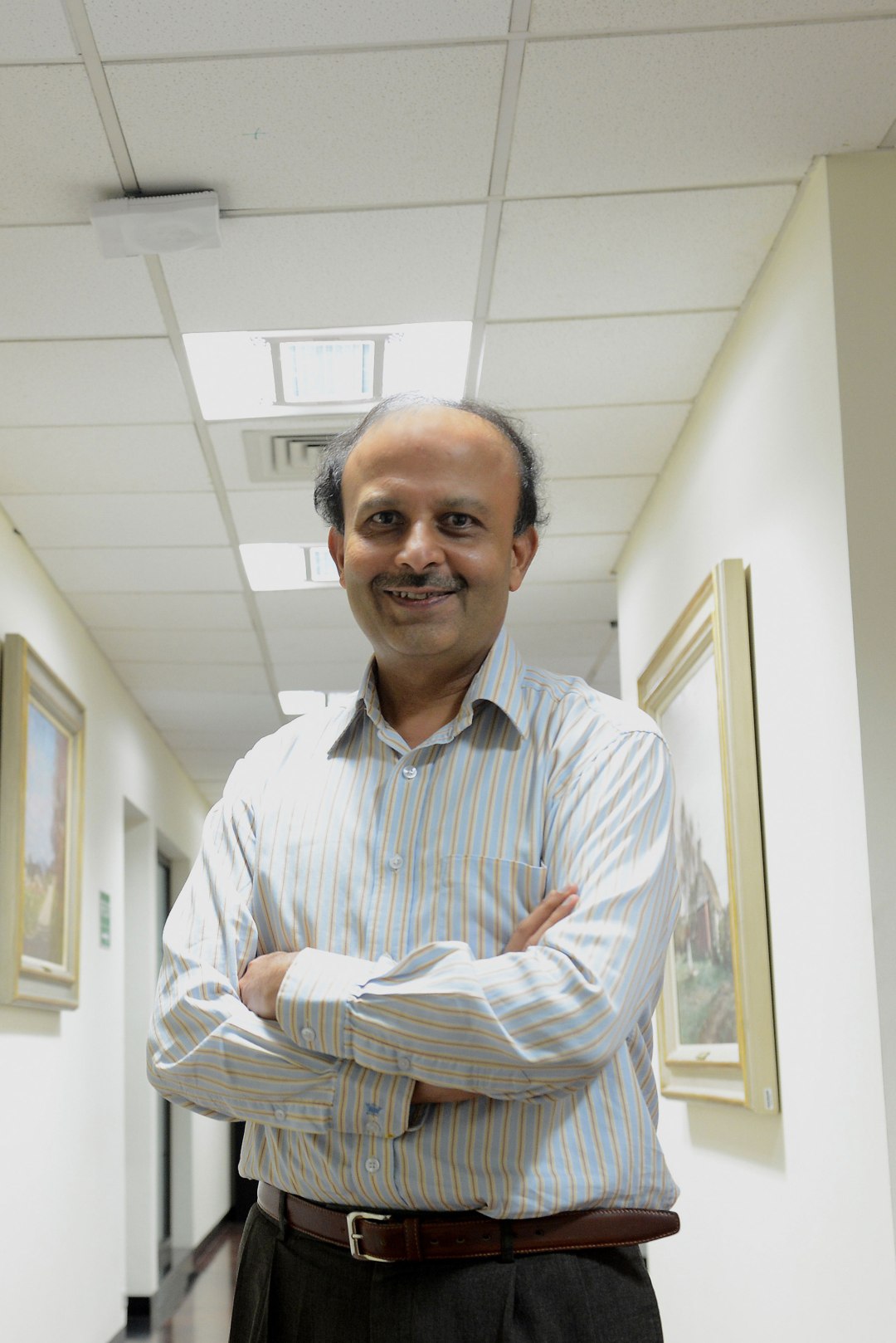 Globally, biologics are playing an increasing role in addressing unmet medical needs. These targeted molecules impact underlying disease pathophysiology in unique ways and in many cases can provide more safe and effective treatment than previously available small molecule therapies. That biologics are finding greater acceptance for treating a wide range of chronic diseases can be gauged from the fact that of the 41 new drugs approved by the U.S. Food and Drug Administration (FDA) in 2014, 11 were biologics. This was a big jump over 2013 when just two biologics were approved [1].

Biologics like insulins and monoclonal antibodies (MAbs) have emerged as a class of highly effective transformational life-saving drugs targeted at chronic diseases like diabetes and cancer. Market trends point to the share of biologics expanding from 15% of the global pharmaceutical market in 2007 to 19–20% by 2017 [2].

Today, there are a range of cutting-edge biologics to manage or cure a variety of conditions from orphan diseases to subtypes of cancer and autoimmune disorders. But more often than not, the high cost of these therapies push them out of the reach of many patients, especially those in low and middle income countries where common treatment regimens can cost several months’ wages making the treatment for chronic diseases simply unaffordable.

Research shows that the list prices for high-end medications including biologics do not vary substantially between developed and developing markets. This is despite the disparity in income and the high out-of-pocket expenditure in developing markets, where drugs account for 20-60% of healthcare costs and 50-90% of these costs are paid out-of-pocket [3].

In developed countries, too, the increasing gap between drug prices and nationwide inflation rates has created an unaffordability gap.

Often these life-saving drugs are accessible to only the affluent class of people.

As a result, millions of patients suffering from life-threatening or chronic diseases across the globe have to submit themselves to older generation drugs that may be less safe or efficacious as they don’t have the financial wherewithal to afford these biological medicines.

The R&D costs for developing biosimilars are significantly high and time for development is extremely long since it requires the confluence of multiple high-end skills due to the complexity involved in bioprocess development and significant investments in sophisticated manufacturing infrastructure including aseptic processing. PK/PD studied demonstrating biosimilarity against the chosen reference product are integral to the development process of biosimilars. Some regulatory agencies also require comparative clinical assessments in Phase III trials in a local setting.

As a result, the cost of developing a biosimilar for global markets has been estimated at US$ 75-250 million. This is in stark contrast to the estimated US$ 2-3 million required to develop the much simpler, traditional non-biologic generics [4].

The Growing Demand for Affordable Biosimilars

Biosimilars will be providing cost-effective alternatives to expensive reference biologics for patients and an opportunity for governments across the world to rein in their burgeoning healthcare spends. Cost savings from switching to biosimilars in the U.S. alone are projected to be US$ 250 billion between 2014 and 2024 [5]. According to one study, the use of biosimilars in eight European Union (EU) countries can save up to EUR 33 billion by 2020, [6].

The first biosimilar guidelines were issued by the European Medicines Agency (EMA) which came into effect in 2005. The first biosimilar product to be approved by the EU was human growth hormone Somatropin in 2006. Since then, 21 biosimilars have been approved by the EMA, with 19 still marketed [7]. These approvals were mostly for ‘first-generation’ biosimilars Erythropoietin, Filgrastim and Sompatropin, which have shown a significant reduction in cost compared to their reference products.

The first-ever approval for a biosimilar in the U.S. came in earlier this year when the FDA allowed the commercialization of Zarxio (Filgrastim) from Sandoz via the 351(k) pathway.

On the other hand, the EU has moved on to approving the ‘second-generation’ of biosimilars e.g. MAbs and related molecules. Infliximab, the first biosimilar MAb, was approved by the EMA in 2013.

The approval meant that across 12 European countries patients suffering from certain autoimmune conditions could access a more affordable treatment option to manage their diseases. As Infliximab was offered to patients in Europe at a deep discount to the innovator product, biosimilar Infliximab has successfully captured a 70% market share in Norway and a 90% market share in Denmark [8]. This kind of market penetration only goes to prove that the market is ready to take advantage of the significant cost savings available to health care systems which biosimilar MAbs can provide.

As the number of biosimilars grow, the confidence in their safety and efficacy is getting built leading to a broader acceptance. Global regulations and guidelines therefore need to constantly evolve. The world over, there is a need to create a smarter regulatory pathway that not only cuts down the cost of development but also ‘time to market’, which in turn benefits consumers by improving access to affordable drugs.

Some recent instances of evolution in the regulatory pathway in developed markets hold promise for the speedier entry of biosimilars.

While the current regulatory practice generally insists on confirmatory clinical trials to compare efficacy and safety of a biosimilar with its reference product, in specific circumstances such trials may be waived. Already there is general acceptance of a risk-based approach that dispenses with animal studies in favor of non-clinical comparability exercises focused on in vitro studies, which are usually more specific and sensitive to detect differences between a biosimilar and its reference product than in vivo studies. Similarly, there is a need for consensus among regulators over waiving off clinical trials for products whose structure, physicochemical characteristics and biological activity can be well characterized by state-of-the art methods and where clinically relevant PD parameters are available.

Interestingly the latest signals from the EU and U.S. regulators have also been encouraging in this regard. E.g.,

These are useful first steps and show that leading regulators recognize the fact that the biosimilars pathway can be made more efficient in light of the advancements in our understanding of these molecules.  These developments also recognize the positive experience the healthcare community has had with biosimilars launched thus far.  Over time, we expect that this kind of streamlining can be made a reality for a larger category of products.

One of the greatest challenges for biosimilars is to demonstrate whether or not they are substitutable with innovator products. “Interchangeability” or “substitution” is an important issue globally that regulators will need to address if patients are to be offered the choice of taking the original biologic drug or substitute a biosimilar drug, just as they currently do with generic versions of chemically synthesized small molecule drugs. Without dealing with issues of “interchangeability,” it is unlikely that the full potential of healthcare system savings from the use of biosimilars will be realized.

It is heartening to see that Australia has taken a lead in this regard with the country’s Pharmaceutical Benefits Advisory Committee (PBAC) recently allowing biosimilar infliximab to be automatically substituted for its reference product by pharmacists [11].

Similarly, the U.S. FDA, on its part, is working on a set of guidelines for approving biosimilar substitution. These much awaited guidelines could determine the level of penetration that biosimilars can achieve in future.

These positive events notwithstanding, biosimilars continue to be a challenging space in developed markets.

Naming Convention for Biosimilars: The U.S. FDA has recently issued long-awaited draft guidance and proposed rule regarding the non-proprietary naming of biological products, including biosimilars. However, in its current form these guidelines could complicate the uptake of biosimilars.

Long-drawn Legal Battles: Patent litigation is also acting as a significant roadblock, delaying the launch of biosimilars in developed markets like the U.S.. Though the Inter Partes Review (IPR) proceedings have the potential to streamline legal pathways related to patent challenges in the U.S., we are yet to see a positive development on that front. The recent Amgen-Sandoz litigation has shown the high level of uncertainty associated with the U.S. “patent dance.” The additional six-month post-approval notice a biosimilar player has to provide to the reference product sponsor, which is reflected in the most recent Amgen-Sandoz judgement, will further extend the timelines for bringing the benefit of biosimilars to U.S. patients. The upcoming appeals in this case and the other ongoing litigation will be important precedent-setters.

While the growing need for biosimilars in emerging markets has opened up opportunities, these are throwing up their own set of challenges. Regulators in these jurisdictions will need to continue to develop capability and confidence to operationalize their biosimilars guidelines and implement timely review processes in order to swiftly bring these important therapies to patients who need them the most.

Emerging market regulators should be empowered to make the risk-benefit decisions that are most appropriate for the healthcare system in their country, and in many cases, to carve out faster clinical pathways than used in other countries with different risk-benefit equations.  However, in all cases, they will need to ensure that the standards of quality and compliance for biosimilar products are at par with the best in the world.

With experience biosimilars should be able to make as much of an impact as small molecule generics have in the past 25 years.

The fact that globally 57 biosimilars are in an advanced clinical development phase [13] means that patients can look forward to enhanced access to otherwise expensive therapies in the near future.

The introduction of biosimilars, which offer comparable levels of safety and efficacy as original biologics, has transformed thousands of lives in some parts of the world. The challenge now lies in making these cutting-edge treatments widely available globally. Only then will competition among biosimilar players translate into benefits for patients, who will be able to access alternative lifesaving drugs that achieve better medical outcomes at affordable prices.