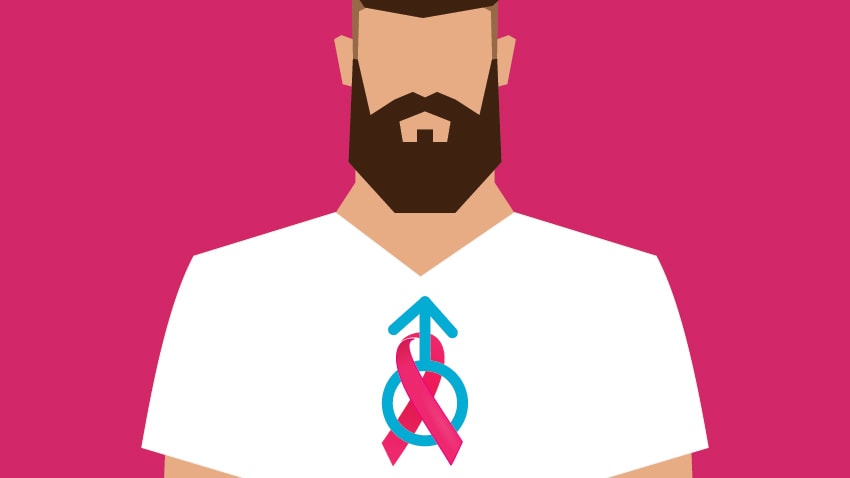 MEN GET BREAST CANCER TOO!

In men, the cancer of breast is usually identified as a stiff lump underneath the nipple and areola. Since the awareness amongst men is poor and they are less likely to assume some abnormality as cancer, they carry a higher mortality rate in comparison to women. In addition, a majority of men are diagnosed with this cancer over the age of 50.

Symptoms of breast cancer in men

The most common symptoms of breast cancer in men are—

It is important to note that the symptoms alone do not indicate cancer, therefore, one must seek professional advice at the earliest.

Multiple factors can increase a man’s propensity of developing breast cancer. However, having a risk factor doesn’t mean that you will get breast cancer.

If multiple members of your family have had cancers of breast or ovary, or one of your family members has a known BRCA1 or BRCA2 mutation, please do not hesitate in sharing this information with your healthcare provider. Your provider may then refer you for genetic counseling. This information is critical because in men, mutations in the BRCA1 and BRCA2 genes can increase the susceptibility to breast cancer, pancreatic cancer and high-grade prostate cancer.

How Is Breast Cancer Treated?

Treatment for breast cancer remains the same in both men and women. It may comprise of chemotherapy, surgery, hormone therapy, radiation therapy, targeted therapy and counseling.

Almost all breast cancers in men are estrogen receptor positive which are treated with hormonal therapy, just like for 70% of women. Survival rates for men with breast cancer are comparable to those of women.

It can’t be stressed enough that the treatment options are increased, are less invasive and there is a considerably reduced risk for complications and death with early screening.