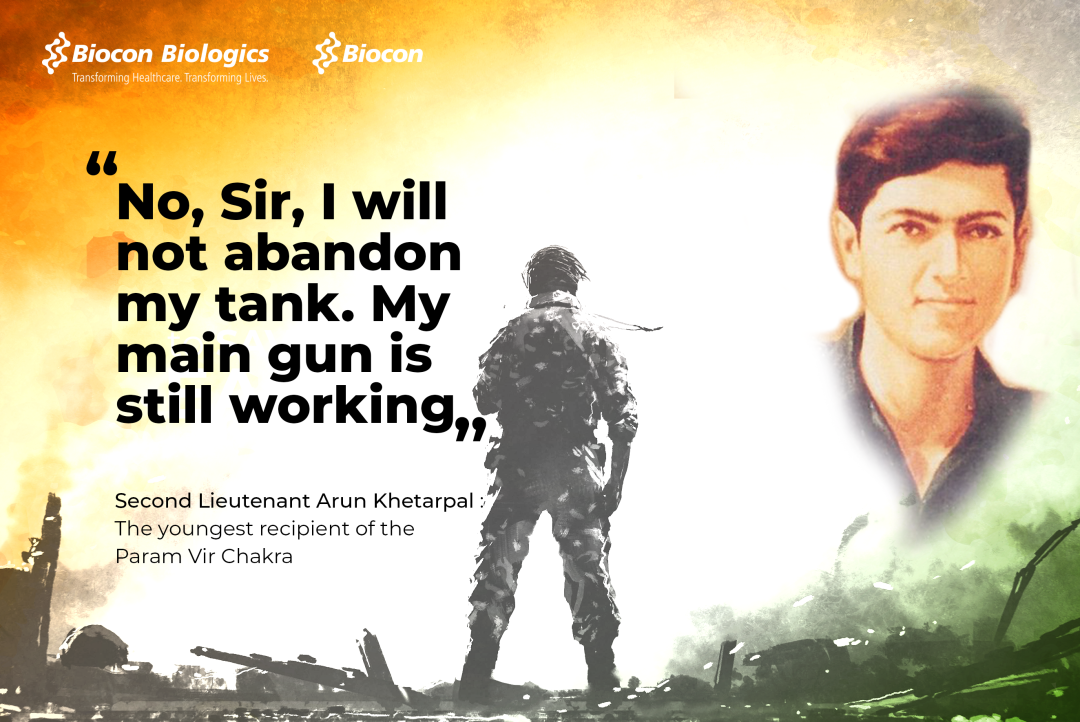 Second Lieutenant Arun Khetarpal was commissioned into the 17 Poona Horse in 1971. Sec Lt. Khetarpal had the spirit of the army running in his veins. He was the fourth generation officer from his family. Fresh out of school in 1967, he was accepted into the prestigious National Defense Academy(NDA), after which he went on to the Indian Military academy, graduating in 1971. Later, he was commissioned into the 17 Poona Horse, where eminent military men like Lt Col. Ardeshir Burzorji Tarapore, before being martyred in the 1965 war.

Six months later, the political tension between West and East Pakistan had resulted in war. Sec Lt. Khetarpal, who was then undergoing a Young Officer’s course at Ahmedabad was immediately called back. He joined the ‘A’ regiment unit of the famous “Battle of Basantar” in the Shakargarh sector. His job was to operate a battle tank.

On 16th December 1971, the Pakistani armor launched its first counter-attack under the cover of a smokescreen targeting squadron ‘B’. The commander had immediately called for reinforcements. Sec.Lt Khetarpal, was stationed close by and responded promptly along with the rest of his regiment.

Sec. Lt’s ferocious attack, to aid the overwhelmed squadron ‘B’ helped subdue the enemy’s advance. In the attack, the commander of the second was gravely injured. Alone in charge, 2/Lt continued his attack. When the enemy tanks started pulling back, he chased them and destroyed one of them. He kept attacking the incoming Pakistani troops. The Pakistani troops, however, regrouped and started their counterattack.

In the ongoing attack, 2/Lt Khetarpal and two remaining tanks destroyed 10 tanks of the enemy troops. However, during this battle, 2/Lt’s tank was hit by fire. Though he was asked to abandon the tank, he realized the enemy still pressed on and if he let go they would breakthrough. He continued engaging in the fight and destroyed one more. At this point, his tank was hit again, this time killing 2/Lt, but his fight wasn’t in vain. The breakthrough was denied to the enemy.

“No, Sir, I will not abandon my tank. My main gun is still working and I will get them” were his last words.

On the same day, the Pakistan Army signed the Instrument of Surrender. India won the 13-day long war and Bangladesh became independent. The Centurion Mk7 Tank, the “Fama Gusta”, used by 2Lt Khetarpal was restored and is preserved at the Armed Corps Center and School in Ahemdabad.

2/Lt Arun Khetapal went down in history to be the youngest recipient of the Param Vir Chakra for his exemplary display of courage, self-sacrifice, and devotion to the country.