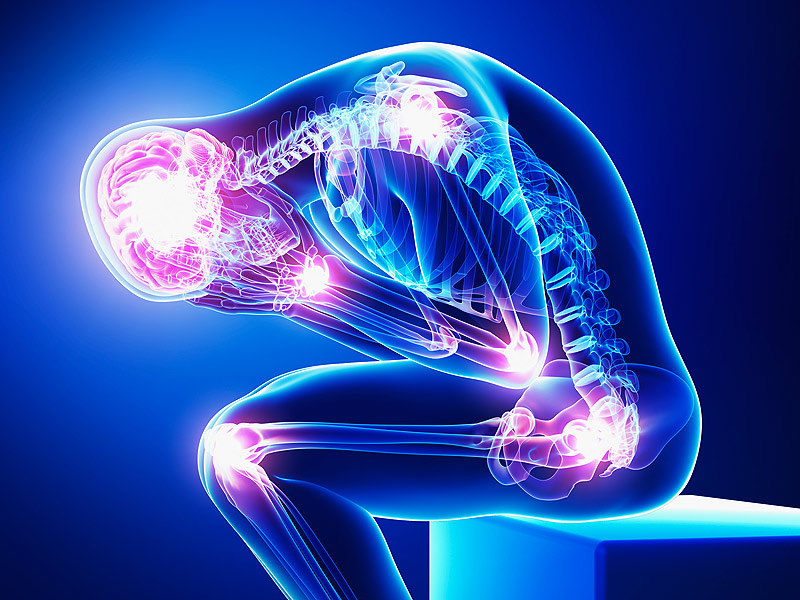 Pain is our most intimate enemy which we cannot see, smell, touch or measure. It’s just a sensory feeling that can vary from being mild to excruciating, from merely inconvenient to incapacitating. Chronic pain defined as pain that lasts longer than 6 months has become a severe problem in most countries. In America, more than 100 million people suffer from chronic pain[1] while in India chronic pain affects 30% of the adult population of which 20-25% is from musculoskeletal disorders (MSD) affecting joints, muscles, tendons, ligaments and nerves. Back pain accounts for another 25-30%. 180 million Indians suffer from Arthritis while 95% of these pain writhen people rely on NSAIDs and non-steroids anti-inflammatory drugs for relief.[2]

Pain Management is a challenge to healthcare providers since the existing therapies have various associated cardiovascular and gastrointestinal side-effects. Chronic pain may originate due to trauma or a serious injury but it escalates to several mental disorders like depression, anxiety, stress and anger making the individual incapable and hence amplifying the pain both mentally and physically. There is considerable evidence that unrelenting pain can even suppress the immune system. Hence compromising body’s natural defence mechanism making the individual more susceptible to diseases.

While previously, the treatments included NSAIDs, antidepressants, anticonvulsants, muscle relaxants and opioids as the first line of treatment, recently scientists have found out newer ways involving the use of human and humanized monoclonal antibodies like Tanezumab, Fulranumab, and REGN475 which inhibit nerve growth factor (NGF) activity at both TrkA and p75 receptors. Nerve growth factor (NGF), a neurotrophic factor and neuropeptide is found to be associated with pain in both humans and animals and its levels are elevated in painful conditions. Pain Therapies involving Anti-NGF antibodies are more promising as they are showing greater efficiency and superior effects to existing agents.

Big pharma players are now stepping in the area and conducting carefully designed studies. Pfizer and Eli Lilly have signed a $1.8 billion deal to partner on the drug Tanezumab for the treatment of chronic pain tied to osteoarthritis, lower back issues and cancer. An Indian-origin physician, Dr Ravinder Maini, and his colleague Dr Marc Feldmann from the Kennedy Institute of Rheumatology, part of the Imperial College in London, have discovered a new drug that blocks a powerful inflammatory cytokine, tumour necrosis factor (TNF)-alpha. Their work has triggered research in the area of arthritis, bone inflammation disorders and other cell targeted therapies including genetically engineered biologics which can be developed for pain treatment.

With the latest research and newer therapies coming in market, we anticipate better pain management and better solutions to come up soon to deal with the problem of chronic pain.